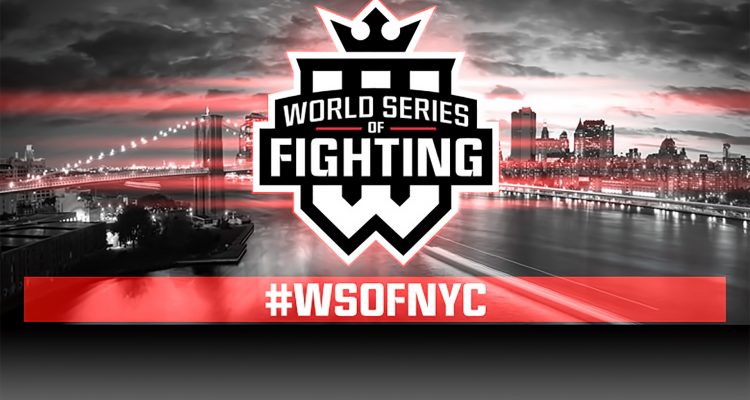 In addition to the main event, World Series of Fighting announced that heavyweight champion Smealinho “The Prince” Rama (9-2) will make his return to the decagon at a new weight class of Light Heavyweight (205 pounds) against Jake “The Honey Bear” Heun (9-4). Former top 10 world-ranked Yushin “Thunder” Okami (32-10) will take on battle-tested Paul Bradley (23-6) in a welterweight affair.

Tickets for WSOFNYC go on sale on October 28, at the Madison Square Garden box office as well as online at Ticketmaster.com and WSOF.com. Pre-sale information is available at www.WSOF.com/WSOFNYC.

World Series of Fighting President Ray Sefo stated, “This is the biggest, most impressive fight card we’ve put together and fans can expect to see the most action-packed fights from start to finish.”

Additional match-ups for WSOFNYC will be announced soon.