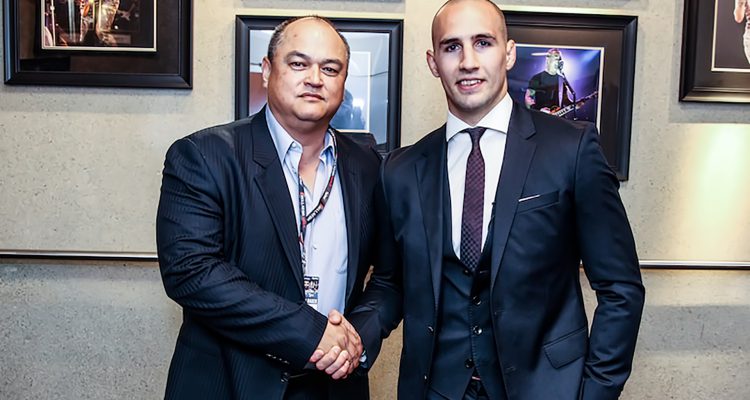 Bellator MMA is elated to formally announce the signing of mixed martial arts superstar Rory MacDonald to an exclusive, multi-year, multi-fight contract with the Scott Coker-led promotion, making “Red King” the latest in a long line of blockbuster acquisitions for Bellator MMA. 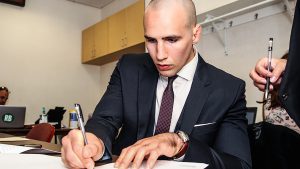 The former No. 1 contender to the UFC welterweight crown is undoubtedly one of the premiere free agent signings in the history of the promotion. The “Red King” has totaled nine career victories under the UFC banner, including wins over current welterweight champion Tyron Woodley, in addition to B.J. Penn and Nate Diaz.

“There’s no denying that Rory MacDonald was the cream of the crop when it comes to free agents in MMA,” Bellator President Scott Coker said. “As I say all the time, if there is a free agent out there, we’re going to talk to them, if they fit our model we’re going to make a hard push to bring them over here. I’m very happy that we were able to work out a deal with Rory, and I can’t wait to see him bring his menacing style to the Bellator cage.”

MacDonald is clearly the most popular active Canadian mixed martial artist since the former UFC welterweight Champion and teammate Georges St. Pierre, whom MacDonald has trained under for years at the world renowned TriStar Gym in Montreal.

“There are multiple reasons why I choose to fight for Bellator MMA and Scott Coker,” Rory MacDonald said. “One, they have given me the opportunity to develop and grow a business together. Two, because I already feel respected by the promotion as a professional athlete. And last but not least, because Bellator is offering a setup that no-one in the world can offer me.”

At only 27-years-old, MacDonald joins the fray with an impressive professional record of 18-4 and enters a stacked welterweight division of fighters already signed with Bellator, that currently has a world-class champion in Andrey Koreshkov.