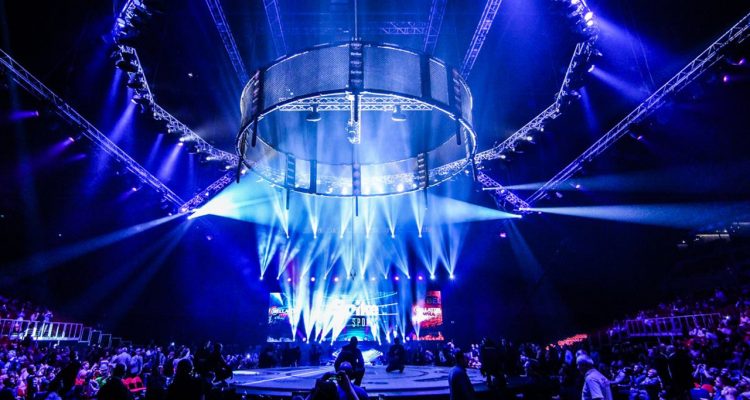 A must-see spectacle, the steel structure is suspended from above and lowered to the platform beneath allowing the Bellator Kickboxing ring to completely transform into the Bellator MMA cage in less than 15 minutes. Having been featured at previous events in Florence, Italy, Torino, Italy and Budapest, Hungary, the Flying Cage has never before been utilized in the United States. Bellator is proud to bring this unique experience to its Bay Area home at SAP Center in San Jose, Calif. on September 23.

Bellator 183: Henderson vs. Pitbull will be broadcast LIVE and FREE on SPIKE at 9 p.m. ET/8 p.m. CT, while preliminary action will stream on Bellator.com and the Bellator Mobile App. Tickets for the event are on sale now and can be purchased at Bellator.com, as well as the SAP Center box office and Ticketmaster.

Bellator is a leading mixed martial arts and kickboxing organization featuring many of the best fighters in the world. Under the direction of veteran fight promoter Scott Coker, Bellator is available to nearly 1 billion people worldwide in over 160 countries. In the United States, Bellator can be seen on SPIKE, the combat sports television leader. Bellator is comprised of an executive team that includes top industry professionals in television production, live event orchestration, fighter development/relations, venue procurement, sponsorship creation/development, international licensing, marketing, advertising, publicity and commission relations. Bellator is based in Hollywood, Calif. and owned by entertainment giant Viacom, home to the world’s premier entertainment brands that connect with audiences through compelling content across television, motion picture, online and mobile platforms.

Spike  is available in 98.7 million  homes and is a division of Viacom Media Networks. A unit of Viacom (NASDAQ: VIA, VIAB), Viacom Media Networks is one of the world’s leading creators of programming and content across all media platforms. Spike’s Internet address is  www.spike.com  and for up-to-the-minute and archival press information and photographs, visit Spike’s press site at  http://www.spike.com/press. Follow us on Twitter  @spiketvpr  for the latest in breaking news updates, behind-the-scenes information and photos.