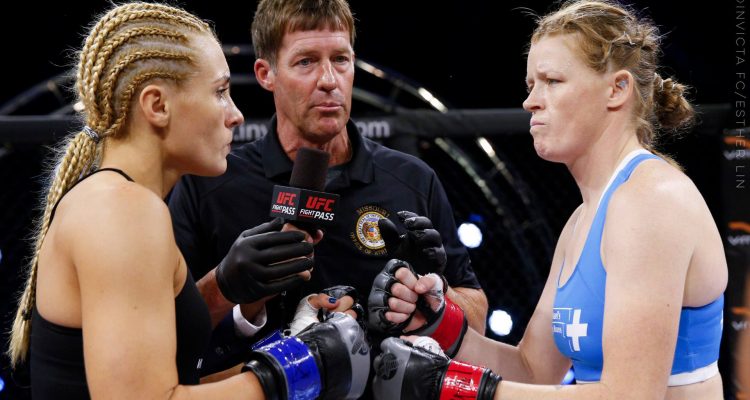 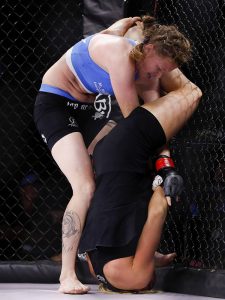 Less than two weeks after Yana “Foxy” Kunitskaya walked away from Invicta FC 20 with the Bantamweight Championship belt, the Missouri Office of Athletics has overturned the result, declaring the fight a no contest. Since Tonya “Triple Threat” Evinger did not lose, she remains the champion.  Kunitskaya beat Evinger by submission in the 1st round via armbar. Evinger filed an appeal with the Missouri commission due to referee Mike England wrongfully telling her to change positions while she was defending the armbar.  Evinger had placed a foot on Kunitskaya’s face for leverage and England told her she could not do that, even though it is a legal MMA defense as long as you don’t kick the opponent’s head.

Tonya Evinger released the following statement: “HISTORY WAS MADE TODAY!! Our sport has grown beyond what could have been imagined in a such a short time. It’s truly amazing to witness the growth from a sport fueled by ego and ignorance to a sport that i now represented by professionals, from athletes to promoters to referees and state commissions. A sport that has matured enough to be able to change an outcome due to a mistake or misjudgment. Today I was informed by the Missouri athletic commission that my appeal was accepted and my last fight in KC Nov 18th was overturned to a no contest. I will retain my world title and move forward awaiting the decisions for what’s next. Thanks to everyone for the support in this stressful situation, it’s a shame that it happened but I believe the sport has grown from this.”

Invicta FC is expected to schedule an immediate rematch between the two women.