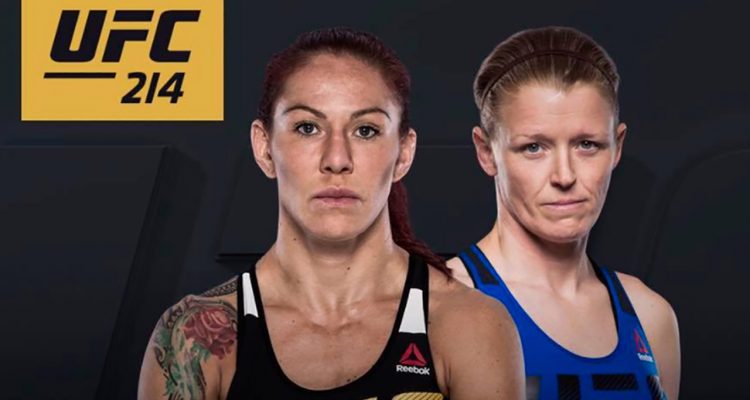 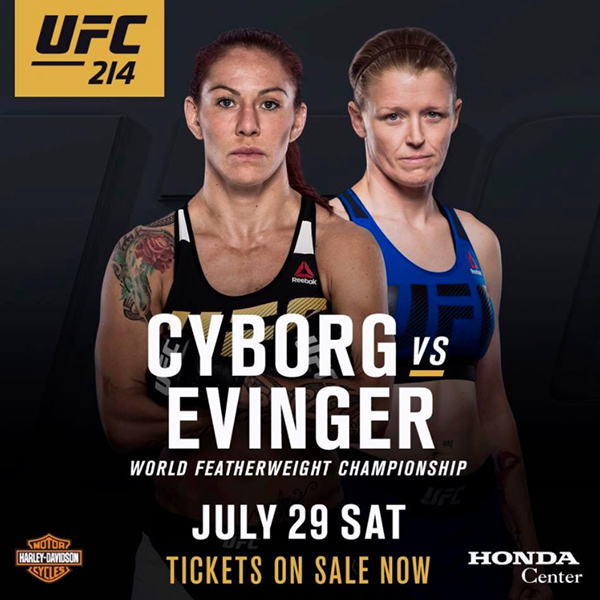 “This is something I’ve thought about doing – going up to 145 pounds – just to get more competition,” Evinger told UFC.com. “I even said I’d go down to 125, but the opportunity was at 145 and I’m definitely willing to beat up on some ‘45ers.”

Unbeaten for nearly six years, Evinger has been among the best fighters in the world since her pro debut in 2006, and she has fought the best of the best, including Julie Kedzie, Sara McMann and Alexis Davis. But it was in Invicta that the 36-year-old Missouri native began to rise to the elite level, with her victories over Sarah D’Alelio, Cindy Dandois and Irene Aldana making her a star in the promotion. Now on July 29, this fearless competitor, who has finished five of her last six victories, gets a chance to add UFC gold to her trophy case when she battles “Cyborg.”

“I think I match up better than any of her other opponents,” Evinger said. “I think my style is really unpredictable. I’m tough and you’ve never seen me in a fight where I got my ass really beat up. I think I’m a perfect matchup; I drag people where they don’t want to go and I make a fight hard for them. I don’t fight other people’s fights. It’s a frame of mind. I’m just an old school wrestler and I think it’s just a frame of mind. We’re tough and we come out there to fight.”

No Comments on "UFC 214: Megan Anderson Is Out; Tonya Evinger Steps In To Face Cris Cyborg"