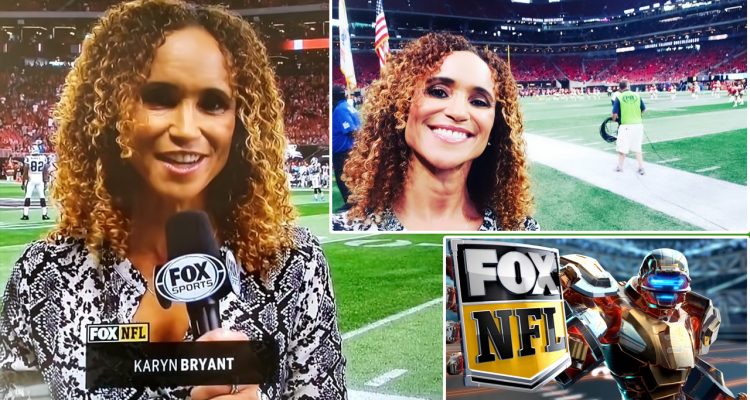 Congratulations to our very own Karyn Bryant! 👊🏈

Today Karyn Bryant made her NFL On FOX debut at the Atlanta Falcons’ home game against the Carolina Panthers (the Falcons beat the Panthers 31-24). Karyn reported from the sidelines with Dan Hellie doing play-by-play, alongside analyst Greg Jennings.

After the game Karyn said, “You hear the phrase a lot, but today truly was a dream come true! Working the sidelines of a game as good as Carolina vs Atlanta was an absolute blast. My next NFL gig is Jets at Jags on September 30th, but I’ll be back in the FS1 anchor chair before then for UFC Sao Paulo next Saturday! Boom!”

Earlier in the week Karyn said, “I am beyond excited to join the NFL on FOX team. My dad used to coach Pop Warner (football), and I’ve loved the game since the days I stood on the sidelines with him as a kid. I am from New England, so I know a few things about great football. I’m looking forward to getting out from behind the anchor desk and onto the gridiron.”

UPDATE:
Karyn talks about her first experience working for NFL On FOX

No Comments on "Karyn Bryant Reports From The Sidelines In Her NFL On FOX Debut!"